I am an American Jew, American...Jew.  I am the son of a Romanian immigrant refugee. My mother came to the USA at the age of 9 with her parents in 1939, just a few months before Germany invaded. My grandfather sold a working farm for three boat tickets and considered himself to have gotten the best part of the deal. I have heard tales of pogroms, antisemitism and the ultimate antisemitism, the Holocaust since the day I was born; first in Yiddish then English.

I saw antisemitism, first hand, as a kid, when the goyim in a small Connecticut town harassed my grandfather because his name was Chaim ("Life" in Hebrew; unfortunately, Haimy, in English). Like many of his generation he was a self made success (a story I am writing for another day). They would key his car and bend his license plate (within 500' of a state police barrack). I'm sure they were just trying  to thank him for escaping the Holocaust to teach himself to be a machinist so he could make aircraft engine parts for Pratt and Whitney during the War. Everyone of my grandfather's generation in America had stories of anti-semitic acts against them, their families and friends. It didn't bother them because they knew it could be much, much worse. The opportunity in America outweighed many a small evil.

My father (another great story for another day) was born in Connecticut into a small Jewish community (The Hartford Jews in between the NY Jews and the Boston Jews). He, too, was bullied in anti-semitic fashion but grew up to be a tough kid. With his brother, they could take care of themselves.

I, in my turn, was bullied as a kid, mostly not because I was Jewish, but because millions of kids were bullied every year in America even before the Internet. But, hey, let's throw on some anti-semitism. Slowly, I, too, developed my defensive skills. Skills I have honed them to this day.

We would hear of antisemitic acts around the country; but rarely close to home or to a degree to raise concerns. There has been a baseline of antisemitic acts in the USA since its inception. There are peaks and valleys to the activity. For the most part, at least in my youth, we were much more concerned about the safety of Israel than our own.

These cannot and will not be tolerated. We will not accept collective punishment for your misconceptions about our religion, its role in our society or your perceived injustices of Israeli politics. Those may be topics for discussion, debate, boycotts and protests, but never violence.

On the day I am writing this, of course, there was another deadly shooting in a church. An equally heinous act that should disturb the American population as much as the kosher deli shooting in NJ or the stabbing last night in Monsey. I am not sure it does. All hate crimes are on the rise in these divisive times. They stimulate discussion around gun control, but not (yet) around 'hatred control'. Of important note in the Texas church shooting, "Parishioners acted to prevent further deaths".

As Jews, we are the people of the book ( referring to the Torah, the Prophets, and Other Writings, in Hebrew abbreviated as the 'Tanach') and, therein, the 10 commandments. Traditionally, we are, indeed, quiet, bookish, well educated, introspective, and communal (living within walking distance of the synagogue and short driving distance to kosher food).

It is is important, however, especially for anyone considering antisemitic acts in the USA, to note that as Americans, we are also people of the Constitution and its bill of rights, therein, especially, the 1st and 2nd. For that document, is the difference between antisemitism in the USA and, for example, France. Their only option is to flee to Israel as they have done in large numbers for the past decade or more.

That is not the American way. We stand our ground. We are not your grandfather's Jew. 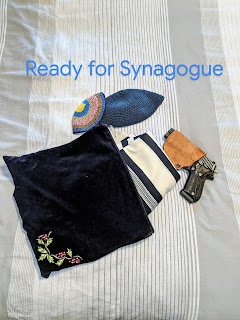 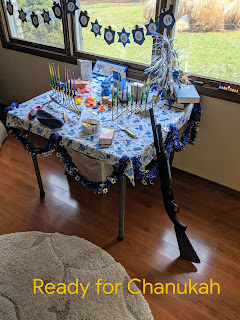